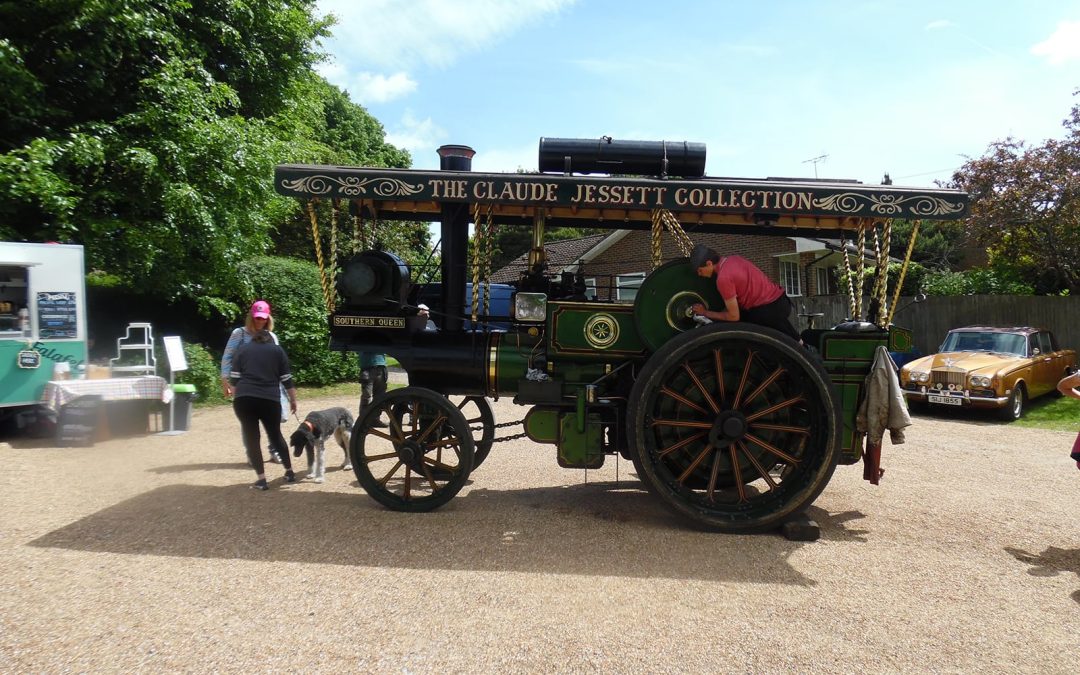 This year we were favoured with excellent weather, and we were able to welcome some new stallholders and exhibitors who made contact after we created a profile for the event on the UK Craft Fairs website.

Business sponsorship was again very generous, with Village Heating Company and Twisted Toppings pizza coming on board. Twisted Toppings are with us in the church hall car park every other Wednesday from between 5.00 and 8.00.  Bishop’s of Uckfield once again provided the burgers and sausages for the BBQ.

The church looked at its very best, with our ex-organist David Bailey making a welcome return to play for us while visitors looked at the displays of the history of the church, and browsed the book  and bric-a-brac stalls. These did particularly well, raising £190 for the St Mary’s flower fund.

It was marvellous to see local organisations present, and the WI stall was particularly impressive, with a giant gazebo and all the ladies in matching aprons (see photo). The Horticultural Society had a very informative display in the Chapel Lobby.

Last year several under 12s were disappointed when the advertised Bouncy Castle failed to appear. This was due to the torrential rain which we had to endure. However this year we had a giant Bouncy Farmyard supplied by Cook’s Castles of Uckfield and our thanks go to Sandie, Lesley and Louise for acting as stewards.

Raffle prizes were provided via a mixture of individual and business sponsorship, with a first prize of a £100 John Lewis Partnership voucher, together with nine other prizes. All of these were collected by the lucky winners.

One of our themes is industrial heritage, and the Claude Jessett Trust (Tinker’s Park) were once again with us. The magnificent Southern Queen showman’s engine was our central exhibit in the front car park (see photo) and the fairground organ again contributed to the festive atmosphere. The ever popular steam miniature railway provided rides in the Community Garden, and thanks to Tinker’s Park for the donation of all monies raised from the public from the rides.

This year we concluded with what our banners called ‘A Bit Of A Do’. This evening event was a sound and light display with a firework finale, sponsored and organised for us by Guy Osborne of local firm Festive Illuminations. There was stirring ‘Last Night of the Proms’ music, combined with the illumination of the east wall of the church in ever changing colours, and the highlighting of the chapel window. All of this was to celebrate the fifth anniversary of the restoration of the Top Field, now the Community Garden.

In all, the event raised £2,300 for Parish funds, but equally importantly brought the village together for fellowship and showcased our beautiful church and its extensive grounds. 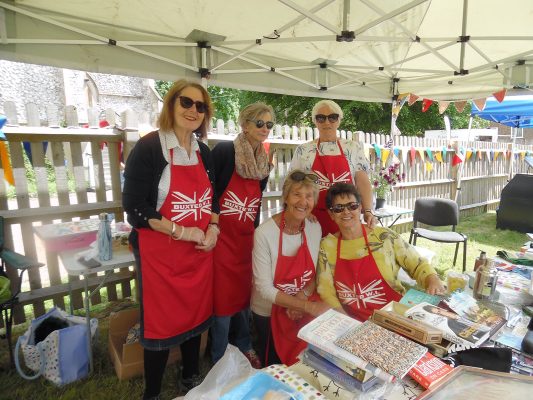 You will see from my separate write-up that we had a very successful Open Day & Craft Fair again this year, with a separate evening function to celebrate the fifth anniversary of the Top Field restoration. Those that attended will remember the very moving moment when the Walsingham chapel stained glass window, illuminated from the inside, was picked out against an ever changing pattern of light on the east wall of the church.

Our church building forebears have left us a priceless enduring legacy, but also a great challenge as regards upkeep and conservation. The windows are by Charles Eamer Kempe (1837-1907) and our centenary guide describes them as showing the influence of William Morris, particularly in the pre-Raphaelite hair styles and faces. Apparently Kempe considered becoming ordained, but was advised against due to a pronounced stammer. He reportedly commented ‘if I cannot serve at the Sanctuary, I shall instead devote myself to adorning it’.

We have been greatly encouraged by comments made both by residents and visitors about the improvements to the Churchyard and the areas around the Church Hall, which the Open Day & Craft Fair helps to fund.

For a couple of years now we have kept the Upper Churchyard semi-wilded, with no close mowing. Volunteers do though remove thistles and ragwort, and the incipient self seeding beech trees. The Top Field (Community Garden) and the Garden of Remembrance continue to be close mown.

Our pattern of worship continues around the regular 11.15 Parish Mass, to which all are welcome.