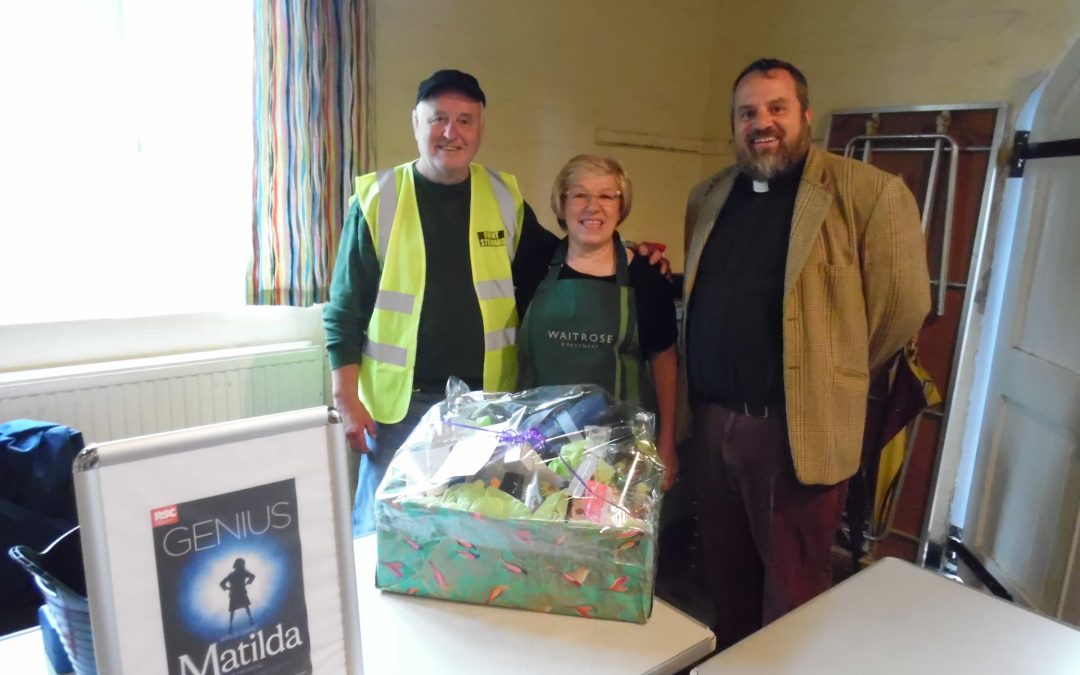 This year’s event was our biggest and best so far, with a total of 25 stalls arranged across the site in the Church itself, the Hall Garden and around the church frontage. Both parish schools were represented with stalls as was the Horticultural Society. Buxted Art Club mounted a mini exhibition in the church.

Outside exhibitors included David Skinner with his working forge, and Pete Holland demonstrating the art of ceramics with his potter’s wheel. Tinker’s Park volunteers were once again heavily involved with all aspects of setting up the event, and providing major attractions such as Wally the Steam Engine and the fairground organ. Guy Osborne’s miniature steam railway rides were in constant demand throughout the afternoon.

This year we had a five piece band from Chailey called ‘Experiment’. They struck up around 2pm, and an hour or so later the sun came out. Their mixture of pop classics, country and rock was very well received, and we hope to arrange a return visit.

The event was financially very successful, despite the weather, and a total of £2,249 was raised for parish funds. Just as important was the chance for the village to come together again after a very difficult year, and for the church and local organisations to say ‘we are still here’.

We plan to revert to a May event next year, with the addition of a dusk firework display.